From the bottom of my heart, thank you… 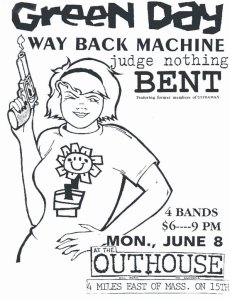 I went to my first punk show at 14, back in 1992 and was hooked for life. I was amazed that people didn’t know about these bands and wanted to share. I booked shows, made a couple of zines and did whatever I could locally. I went off to college for recording with the full intent of making this my career.

Real life happened and I found myself a decade later, a father of three with a desk job. My very good friend Shannon Koffman and I had been kicking around plans for a few years and decided it was now or never. In 2005, we bought three HD cameras, built a live recording rig and started recording shows. National Underground was born.

I enlisted the help of some friends and we started recording shows around Orlando. We answered the call to help No Idea Records record The FEST 4 in Gainesville. By the end of that weekend, we were three months out and had recorded Against Me! and The Bouncing Souls as well as another two dozen bands.

We were trying to turn these into CD/DVD releases, but by the time we got everything lined up with mixes, artwork and contracts, the recording industry was taking a major hit. We didn’t want to compete with the very bands and labels we were trying to help promote. No matter how low our prices were or how short our runs would have been, it made no sense. Plus, who really likes or ever buys live records?

We decided to just start putting it out online for free…and people really got into it. From 2007-2010, National Underground was this living, breathing thing. We had tons of traffic, volunteers who wanted to mix, edit, do pr, interviews and write content for the site, developers of other content wanting to team up and labels contacting us. We have so much to show for it. It was the best.

Shannon and I were still shelling out money for tapes, hard drives, hotel rooms, pizza, beer and such. We sold a couple dozen supporter packs, did fund raisers for expenses here and there and I still have a check from Fat Records I can’t bring myself to cash. Other than that and a quick tour with Less Than Jake, National Underground didn’t make any money or pay any of our crew. Every single person who worked for National Underground volunteered. I’m simultaneously humbled by and overwhelmed with gratitude for that.

Some made National Underground a stepping stone into the industry. I’m really proud of the part it played in their careers. I even got offers to do all sorts of things from shooting at SXSW and CMJ to music videos and tour managing but alas, I couldn’t risk it with so many mouths to feed.

So, here we are, years later. We recorded straight through until The FEST 10, both HOH Fests, picked up shows like Paint It Black in a parking lot, HWM’s reunion, Dead To Me’s new lineup house show and countless warehouse shows. Truth be told, I don’t know how much we’ve recorded. I think somewhere around 600 shows and we have video for about 450 of them. Many of them are repeats, but why wouldn’t you record Dillinger Four for the fifth time?

I’ve been fighting this battle with the post production the entire time. I’ve had people give me a hard time about our turn around time since the beginning. I may have laughed, but I was super hard on myself about it. It’s not easy to mix, edit, output and post any of what we record. That’s not even getting into approvals by management, labels and such. It’s a process. Then you take into account that everybody has an HD camera in their pocket. iPhone footage is up on YouTube before we’ve can even strike our equipment. Nobody cares that our audio is mixed or we have multiple camera angles that are lit correctly. There’s no value in what we do anymore.

National Underground has been a long, expensive, trying, yet amazingly rewarding chapter in my life that I feel I need to put to bed. I have that same job and I’m up to four kids to focus on. I just can’t give National Underground the attention I think it deserves.

We’ve given the recordings to HOH, The FEST and No Idea Records. Hopefully this way more of it will get to see the light of day. I can only be sure that it has no chance if I sit on it and do nothing.

From the bottom of my heart, thank you to every single person, visitor to our site, crew member, band, manager, venue, label, support staff, security guard and yes, even cop who helped in any and every way, even by just giving us any attention at all. It’s been beyond rad. 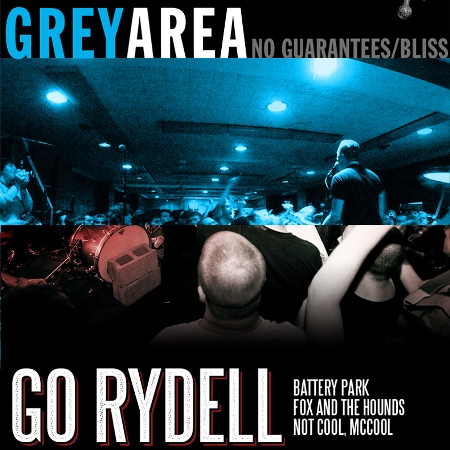 The independent music company, Black Numbers, has recently released a Grey Area/Go Rydell split that, while not packed, holds some really good tunes. It’s an excellent jumping on point for hardcore punk fans who may have overlooked either band or a great addition for those that are already well on their way to building their Grey Area or Go Rydell collection.

END_OF_DOCUMENT_TOKEN_TO_BE_REPLACED

Bands You Need To Know- You Blew It! 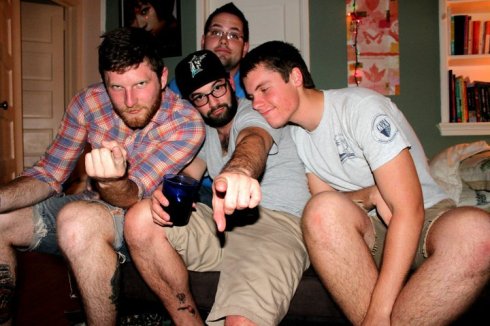 2012 will be the year of You Blew It!. Since the release of their 2009 demo, these Orlando twinkle punks have been putting in their respected time to build upwards as well as outwards. After a new guitar player and a couple of bass players, a new direction and sound started to emerge. While still falling somewhere in the shadows of bands like American Football and Braid, the group went into the studio with Fake Problems‘ Derek Perry to record their 2010 EPThe Past In Present. Although still having some troubles in the bass department, YBI have still managed to go out on the road for three east coast tours. Now with a promising lineup and some time to let the dust settle, they are currently working on a debut full length titled Grow Up, Dude. Falling into a looser and more dynamic sound, these four guys are working together like never before to write what I’m sure is to become a defining album. Keep an eye out for them as their tour regime is not about to slow down once this record drops. You might even see the day when Tanner Jones can grow a beard.