Loma Prieta is a band of consistency. Having released four 12″ releases in just over four years, the band is committed to routinely writing, recording, and releasing music, and yet its members remain humble about their already-extensive output, hesitating to identify any of these 15 to 24-minute releases as “LPs.” I.V., the band’s Deathwish Inc. debut, further establishes Loma Prieta as an unstoppable force within the realm of hardcore. Embodying elements of screamo, emo violence, and traditional hardcore, the band’s sound is difficult to pigeonhole, as I.V. explores a diverse array of melody, distortion, grittiness, and experimentation, with many of these characteristics overlapping in a unique manner. I spoke to the band in Hamden, Connecticut, to discuss the record and the unrelenting drive that informed its creation.

END_OF_DOCUMENT_TOKEN_TO_BE_REPLACED

Three months ago, Pianos Become the Teeth released their stunning followup to Old Pride. Refining the post-rock elements and sharpening the lyrical focus to be more direct, The Lack Long After is an incredibly weighty, touching and personal record with as much heart as its predecessor. It is a powerful, emotional record about the gut-wrenching challenges in confronting and subsequently accepting loss. It is also musical catharsis at its best, a testament to the transcending potential of the post-hardcore genre, and a record that will encourage you to remind your closest relatives of how much you love them. I spoke with the band in Hamden, Connecticut, to reflect upon the record’s completion and how it has informed the band’s perceptions of being engaged to such an absorbing aspect of their lives.

END_OF_DOCUMENT_TOKEN_TO_BE_REPLACED 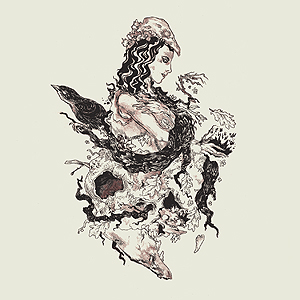 Rarely does a band’s demo sound so fully formed, but Deafheaven’s 2010 demo was. Essentially, Deafheaven emerged out of the proverbial womb as a seven foot, 300 pound behemoth. With their demo, they were already able to demonstrate a mastery of mixing many diverse genres and approaches. Their music expertly mixed black metal, post rock and hardcore in a masterful way. Less than a year later, they have released their first full length for Deathwish Inc and it is no lightweight either.

END_OF_DOCUMENT_TOKEN_TO_BE_REPLACED

The immensely influential Virginia band PG.99 have announced a second reunion show, now set to perform on Saturday August 27th at The Black Cat in Washington, DC.They will be performing alongside longtime friends and New Orleans doom masters THOU.  PG.99’s first reunion show will be in Richmond, VA at Best Friends Day, August 19th with Converge, Capsule and The Catalyst.

To coincide with the reunion shows, the band’s collection-album, “Singles”, will be issued on vinyl for the first time via Robotic Empire (originally released on CD by Reptilian Records in 2003). This 18-track collection was newly mastered by James Plotkin and three preview tracks are streaming on bandcamp orsoundcloud. The vinyl is available in three different colors and the preorder can be found here.

For the “Singles” Collection cover + tracklisting….