Review: Luther – Let’s Get You Somewhere Else 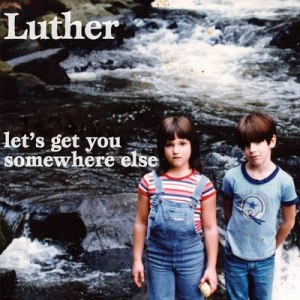 Luther, hailing from Philadelphia, has already made quite a name for themselves in their brief existence. The band has played with everyone from The Menzingers and Dave Hause to The Bouncing Souls and Hot Water Music. With a 7-song EP and a 4-way split under their belt, Luther’s first full-length effort, Let’s Get You Somewhere Else, was released on October 9th through Chunksaah Records.

The album kicks off with “The Concrete Sound,” which immediately brings to mind Apathy and Exhaustion-era Lawrence Arms. END_OF_DOCUMENT_TOKEN_TO_BE_REPLACED

Not content with your festival options? Well, you now have two extra choices because Riot Fest 2011 and Riot Fest-East have announced their line ups.

The Chicago line up includes the likes of Weezer, Social Distrotion, Descendents, X, Youth of Today, Suicide Machines, Helmet, The Menzingers, Cheap Girls, The Copyrights, Chinese Telephones and about a million other bands. Riot Fest 2011 will be taking place over the weekend of October 6 – 9 in Chicago and tickets will be going on sale Friday June 24 at 9 AM Central time.
While Riot Fest-East will be a one day event on September 24th in Philadelphia, and it will be featuring a slimmed down but still impressive line up which includes the Descendents, X, Dead Milkmen, Hot Water Music, Naked Raygun, Suicide Machines, Samiam, The Menzingers, Larry and His Flask and more.